I just had another very interesting week, very full. As I started reading Scroll VI of Og Mandino’s book, I feel emotionally charged and I change my emotions quite frequently. I look strange for my family members. It was never like that in my life before. Probably, with this course, I am changing so much, being in the process of letting my old self die. I also think I really need to learn to be the Master of my emotions. I appreciate a lot the proposal made by Mark J. to find space and time to spend 3 days in silence. It is much needed! My head is so full with all the things I learn recently.  I need time to assimilate them, to digest them..I used to do that when I was young. I always appreciated to be alone and in silence. I could find myself. Then, all the commitments of work and family, did not make space for me to do that again.

I  then decided to book a flight for the weekend to Nice, my favorite place on earth, where I would like to live in the future and where I lived in the past. I could not believe how easy was to organize that. I immediately found cheap flights (amazing! Only few days before departure), I found a good hotel and a babysitter for my kids. Everything fell into place easily. Tomorrow, I will go…I am dreaming about that. To be alone and silent, meditating near the sea in the sun…walking around, searching for the perfect house I would like to live in…it will become my reality. It will manifest,  I am sure. I will also take advantage of that moment to do a bit of cleansing and fasting, as spring is approaching and my body needs to heal, after the strong experiences of week 20 (see my post: fear really made me sick…).

I decided to go away alone, because I know that with the kids I could not keep the silence…they are always calling me, asking thinks…impossible.

Something strange happened this week: on Wednesday, I lost my voice. I could not teach yoga anymore. It is an interesting sign for me that I have to rest a bit and especially to be careful on how much I tend to use my voice and dissipate my energy. Time to recharge! I will relate about the experience of Silence in my next post. Stay tuned! 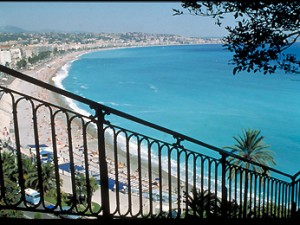